Visitor’s information, directions, review, tips, and images of the Henry Ford Museum in Dearborn. Step inside the legendary bus where Rosa Parks refused to give up her seat, walk through the Dymaxion House and see the rocking chair in which Abraham Lincoln was sitting when he was shot. 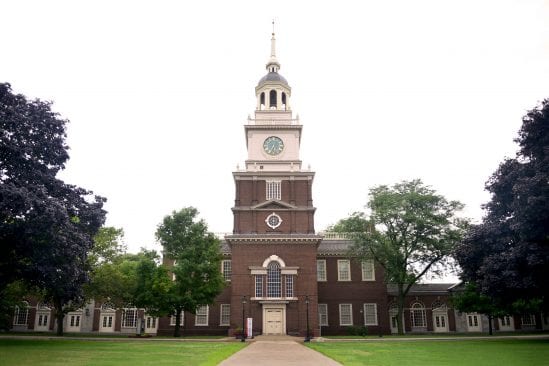 The Henry Ford Museum of American Innovation is located in Dearborn, Michigan. The museum is located within close proximity to Michigan Avenue, the Southfield Freeway as well is I-94. The museum contains over 200 artifacts within 523,000 square feet covering American history and culture.

How Much Time is Needed to Visit the Henry Ford?

At this time the museum is open daily from 9:30 am to 5:00 pm. The amount of time you can spend at the museum can vary greatly from one family to the next. With younger children, attention spans will be much shorter than with older children or adult groups. While there are some exhibits that will be entertaining for younger guests, you will likely be limited to a few hours. For school-aged children, five hours should be enough time to wander through. While as an adult, I could easily spend 7.5 hours engulfed in the exhibits.

How Much are Tickets to the Henry Ford Museum of American Innovation?

Exhibits at the Museum

There are 22 exhibit areas within the museum encompassing innovation from a wide variety of times and topics. Younger guests will love the “Railroads” exhibits along with the interactive components of “Your Place in Time”.

The Gallery By General Motors is currently hosting the Marvel: Universe of Super Heroes Exhibit, with over 300 artifacts, immersive experience and photo ops with life-size Super Heroes. This exhibit will end on January 31st, 2021.

The Agriculture exhibit at the Henry Ford Museum features tools and machinery covering almost a century of innovation. From the Oliver Chilled Cast Iron Plow to the 1975 Sperry-New Holland combine, see how the tools farmers used evolved over the years. Younger guests will love that guests can climb in some of vehicles and even sit behind the controls.

This circular house was designed by R. Buckminster Fuller to be the strongest, lightest, and also the most cost-effective house on the market. Visitors of all ages will enjoy walking through the 1017 square feet, to see how Fuller had imagined the “tiny houses” of his time. Don’t miss the revolving closets, the galley kitchen, or the tiny bathroom. Only two Dymaxiom houses were ever made, and the one at the Henry Ford Museum is the only one still in existence.

Your Place in Time

It will be easy for most adults to step back in time when you enter the “Your Place in Time” exhibit. Baby Boomers, Gen X, Xennials, as well as Millennials will take a trip down memory lane with exhibit spaces designed to connect with their youth. Younger visitors will love the MTV Green Screen.

This exhibit highlights amazing examples of American furniture from 1670 to the present. Chairs, tables, desks as well as storage items (and more) are on display. While this section is full of history and a wide variety of items, it is one we usually breeze through because it holds very little interest for younger guests.

With Liberty and Justice for All

The journey through America’s fight for freedom began during the Revolutionary Era, and still marches on today. This exhibit highlights four of the more significant moments in American history with regards to freedom. These moments include the Revolutionary Era, the Antislavery Movement and Civil War Era, the Woman’s Suffrage Movement, as well as the Civil Rights Movement. Within the exhibit guests can not only see iconic artifacts from those moments, but also read about this moments in America’s fight for freedom.

You don’t want to miss the copy of the 1776 copy of the Declaration of Independence, original Common Sense pamphlet, the bus where Rosa Parks refused to give up her seat, and the rocking chair where Lincoln was sitting when he was shot at the Ford Theater in Washington DC.

Heroes of the Sky

Soar through more than 50 years of America’s aviation history. You won’t wont to miss the Wright Flyer replica as well as a Ford Tri-Motor. Not only can visitors see a variety of aircraft up close, but they can also learn about the aviation pioneers that made those aircraft possible.

The Model T build together with Henry’s Assembly Line are two of the exhibits in this area that are sure to capture your children’s attention. Both are hands and interactive. Also, visitors will see other artifacts from the 18th to 20th centuries that capture the essence of American Manufacturing.

Made in America: Power

When roaming through The Henry Ford Museum, one exhibit you really can’t miss is the 1916 Gas-Steam Engine in the Make in America: Power section. The engine’s sheer size is sure to capture your attention. some other interesting exhibits include “Edison’s Last Breath”, as well as a hands on exhibit where guests can learn how to use power and generate electricity.

This exhibit is home to the 1865 Roper, the oldest surviving American Car, as well as Henry Ford’s first gas powered vehicle. Guests will also be able to interact with a dozen interactive kiosks throughout the space that are designed to captivate, inform, and inspire.

It’s a feeling that is so hard to explain, you are standing so close to history. Some of the Presidential Vehicles on display at The Henry Ford Museum include a horse-drawn carriage used by Theodore Roosevelt as well as presidential parade cars that transported Ford, Carter, and Truman. However, the car that holds the most historical significance in this exhibit is the 1961 Lincoln Continental Presidential Limousine. This was the vehicle that John F. Kennedy was riding in when he was assassinated on November 22, 1963.

Here is another section my family loves to visit. Younger guests will love that they can climb in and explore many of the streetcars and trains that are on display.

There is so much to explore at The Henry Ford Museum. Some other exhibits that you may want to explore include :
Firearms
Home Arts
Lighting
Dollhouses
Henry Ford’s Violins
Telephones
Coverlets
Davison-Gerson Modern Glass Gallery
Clockwork
Mathematica

Connect with The Henry Ford 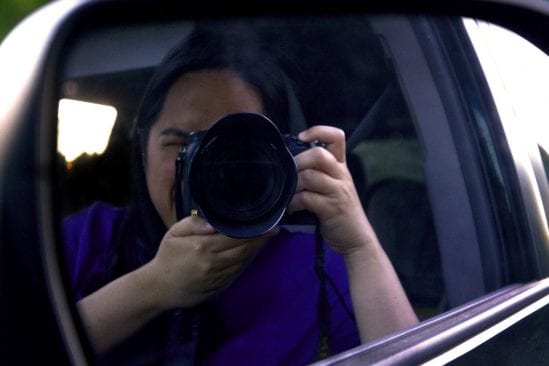