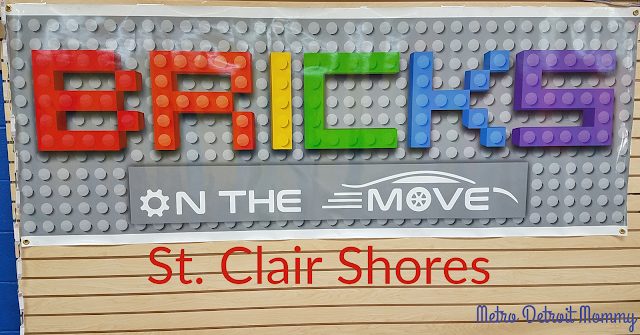 Last week we dropped by Bricks OnTheMove in St. Clair Shores to check out their new space.  The LEGO Store and play space is located at 28905 Harper, just south of 12 Mile Road. 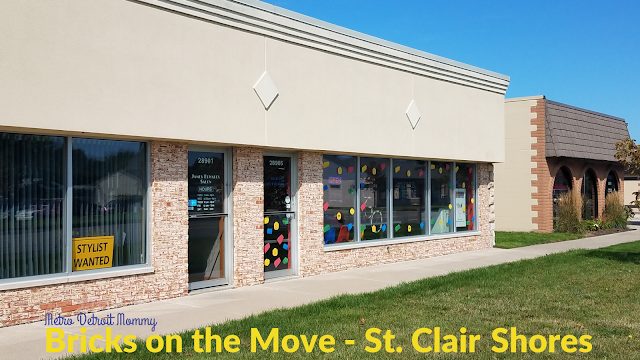 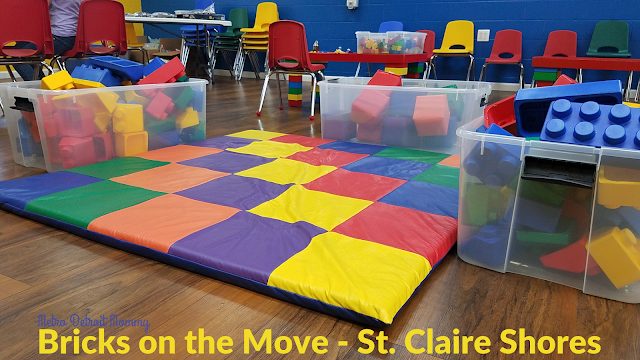 Extra large bricks and blocks make a great places for children of any age to build and create.  Carlyn even built a couch here with the larger building bricks, when then led to some dramatic play. 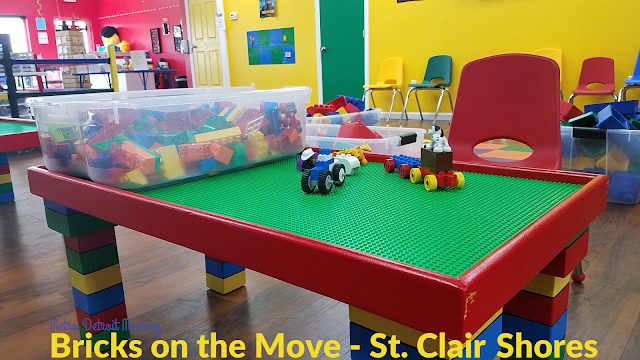 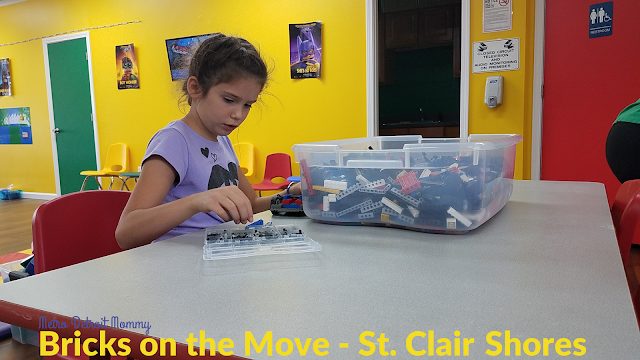 Rosa spent a lot of time creating a car to race down the ramp.  She learned how to make the car work, and tried to design a faster car. 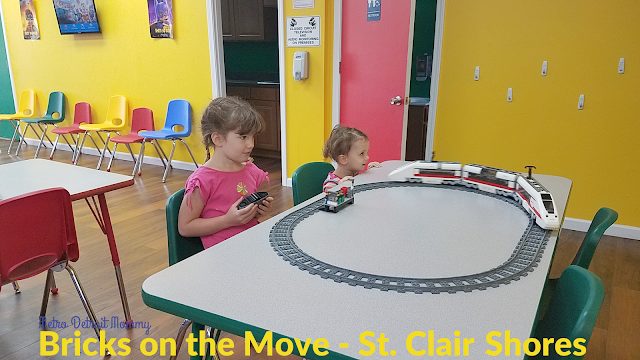 This train was a source of about an hours worth of entertainment for both Carlyn and Naomi.  Owner, Amanda, says that she hopes to build this set so that one day it will move along the walls and ceiling.  How fun! 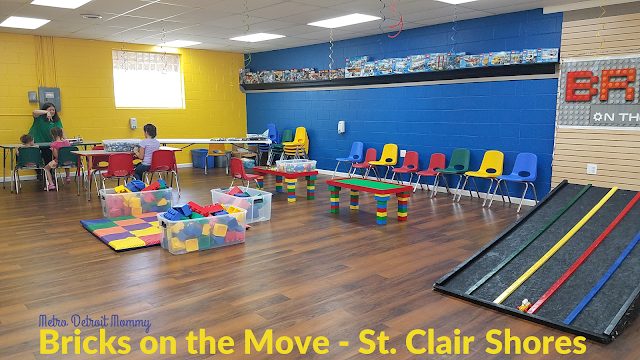 There is plenty of space for a party and lots to explore. 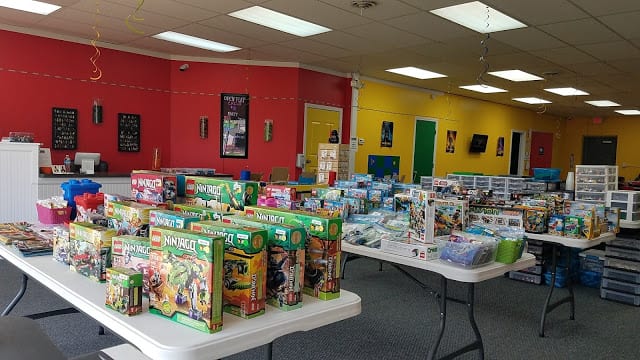 Looking to buy or sell a used LEGO set?  Bricks OnTheMove has many different sets and even sells individual bricks so you can complete your project or set. 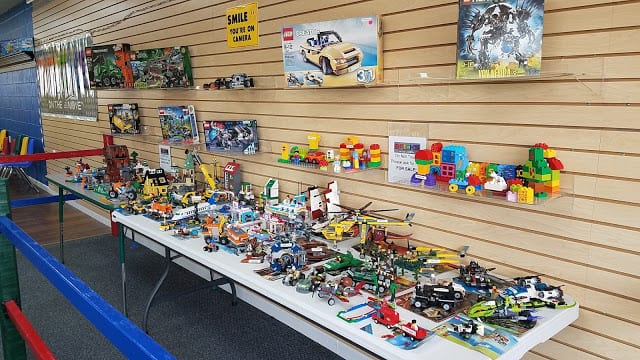 You can also build your own MiniFig, or purchase one of the characters from the showcase. 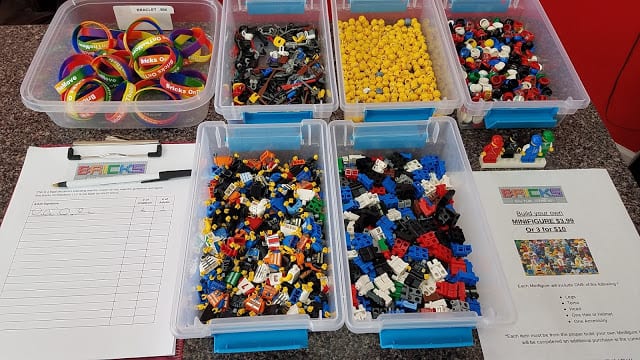 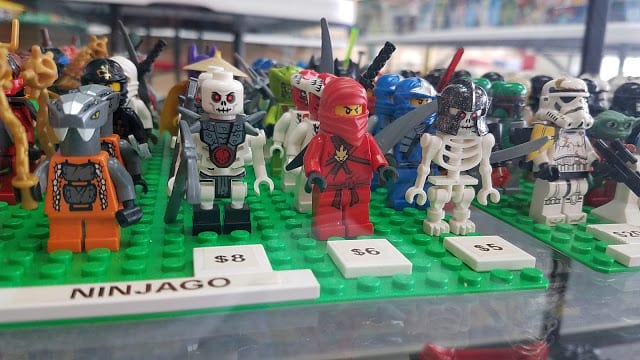 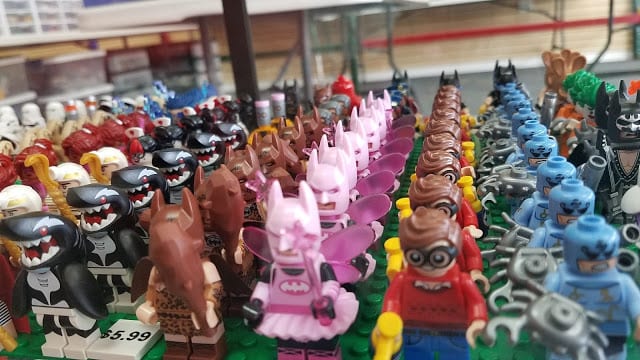 We had a lot of fun, it was the perfect way to spend a morning with my three girls. 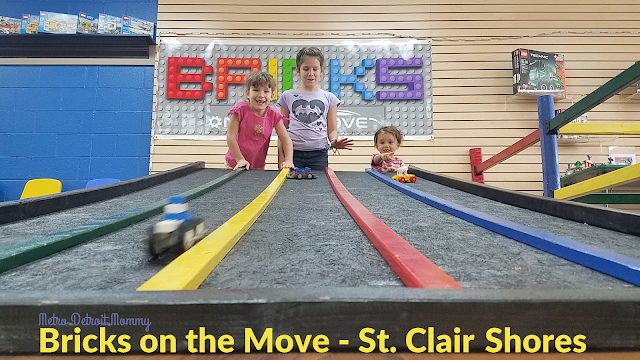