Under The Sea – Indoor Playground in Troy 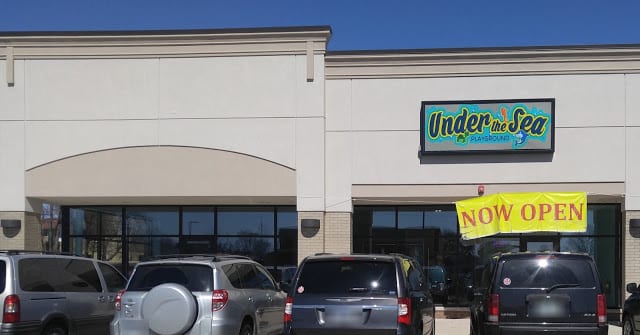 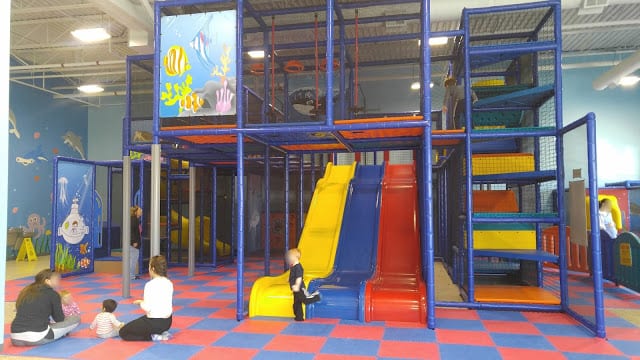 The main attraction is the play structure which hosts three wave slides, a swirly slide, steps, stairs, and other fun interactive elements. 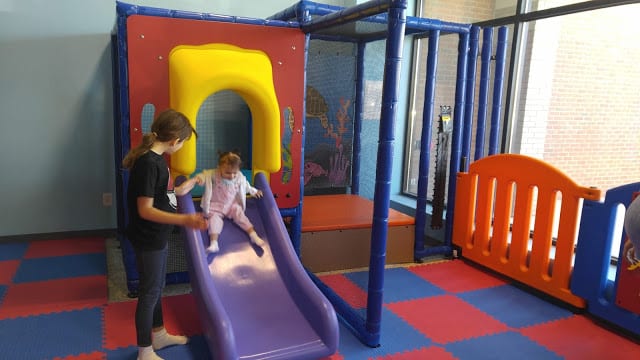 They have even included a toddler play area with a small slide and soft blocks. 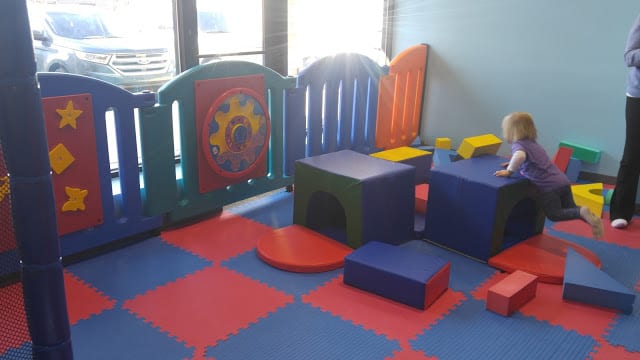 Behind the play structure is a fun interactive musical wall.

The kinetic sand was a big hit with Carlyn and Evelyn. 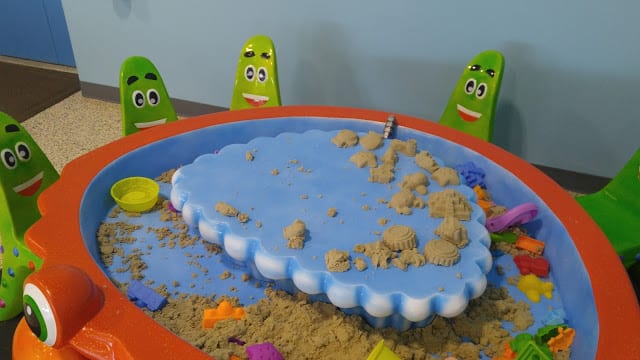 While we were there, owner Hadeer Zoura stopped by and asked us if he could make us lunch.  All I can say is WOW!  We had a Hawaiian Pizza and a Quinoa Salad.  Both were amazing…
Hadeer says they make all their menu items in-house.  We will be back just for the food, it is a great place for lunch or dinner. 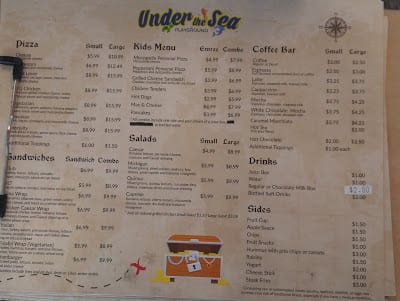 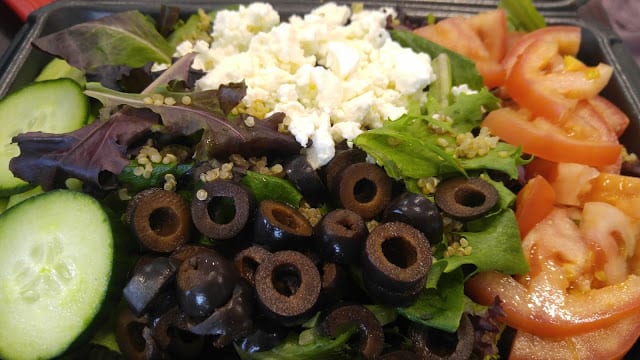 Finally, there is plenty of seating and tables within the play space. 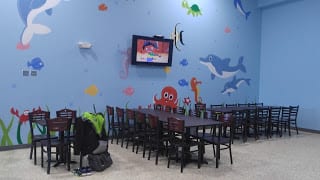 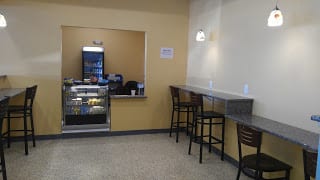 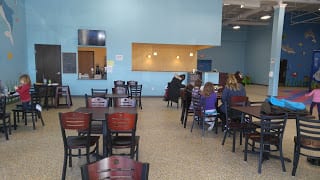