Home / Taking your family to the North American International Auto Show? Read this!

Taking your family to the North American International Auto Show? Read this!

The North American International Auto Show is roaring into Cobo Center in Detroit this weekend, and if you have little gearheads, you are probably wondering if it’s worth the trip.

The show, which runs Jan 20-28, has several fun things for families aside from seeing some of the shiniest, sleekest and sportiest new cars and trucks around.

At a recent press event, Metro Detroit Mommy walked around the show with an eye toward what little ones would like to see and do. We found several fun things. The Ford display is the best for families, in our opinion. There is a Lego area where you can build a race car driver minifig, as well as a life-sized race car driver made out of Legos. In addition, there is a spot where those ages 12 and up can make a video with them driving the new Mustang Bullitt in a parking garage. 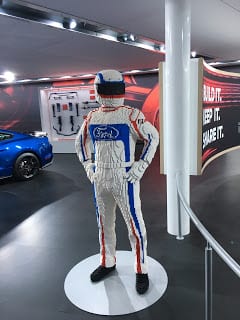 And don’t forget to climb under the giant race car helmets for some virtual reality fun!

The Chevrolet display features the 50th anniversary Hot Wheels Camaro, which will thrill young and old alike. It’s your favorite toy, brought to life. There is also a 100 years of Chevy trucks exhibit that is really neat. 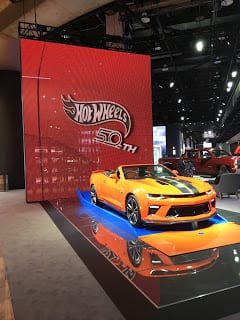 If you have superhero fans, race on over to Hyundai to see the Veloster and the Wasp and Ant-Man costumes. There is also a racing game there, but we think it’s best for tweens and teens. 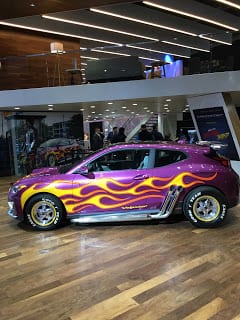 Be sure to look out for Cars on Parade, with shows at 3:30 p.m. and 7 p.m. featuring cars, local celebs and surprises from The Parade Company.

WXYZ is putting on a Family Day as well, on Jan. 26, with music and other activities. And if you have a sensory kiddo, the show is hosting its first-ever sensory-friendly day from 8-10 a.m. on Jan. 28 with reduced lighting and volume.