Home / Secondary Crashes: What You Need To Know

Secondary Crashes: What You Need To Know

A friend of mine and fellow CPST was involved in a major crash a month ago.  She was driving to the airport with two other adults in the car as well as her 9-year-old son when blizzard conditions caused a crash in front of them.  What happened next was unavoidable; they swerved to safety and in doing so were caught in the line of the car behind them doing the same thing.  When it was all said and done their vehicle was struck more than 5 times. Thanks to the quick thinking and level-headedness of my friend nobody in their car was seriously injured, but it very well could have happened if she weren’t prepared and didn’t know about secondary crashes. 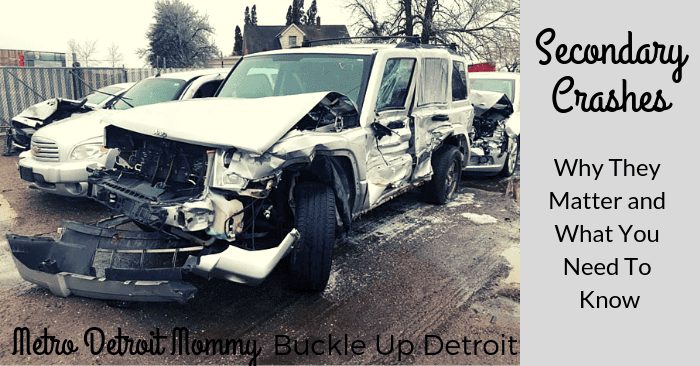 A secondary crash is one that takes place after the initial impact.  In my friend’s case, every vehicle that struck hers during this massive pileup except for the first was a secondary impact. During the initial impact, a back window had shattered, sending glass everywhere; her son was screaming and snow was barrelling in through the broken window. It can feel nearly impossible to stay calm during an event like this but it’s crucial.

Having been in a crash where my small children were involved, I know how hard it is to keep calm and leave them be. But moving your child from the protection of their car seat is dangerous, even if it goes against our natural instincts.  Keep them safe, keep everyone buckled. 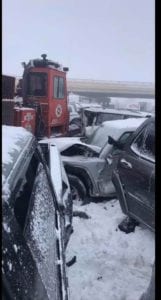 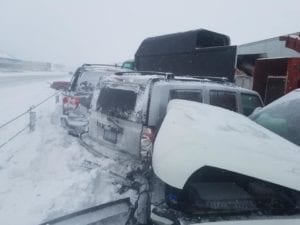 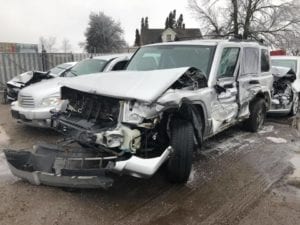