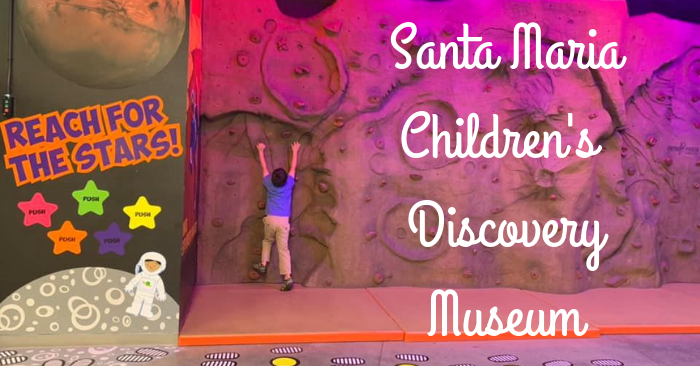 While vacationing along the Central Coast of California, we had the opportunity to check you the Santa Maria Children’s Discovery Museum and I am so glad we did! 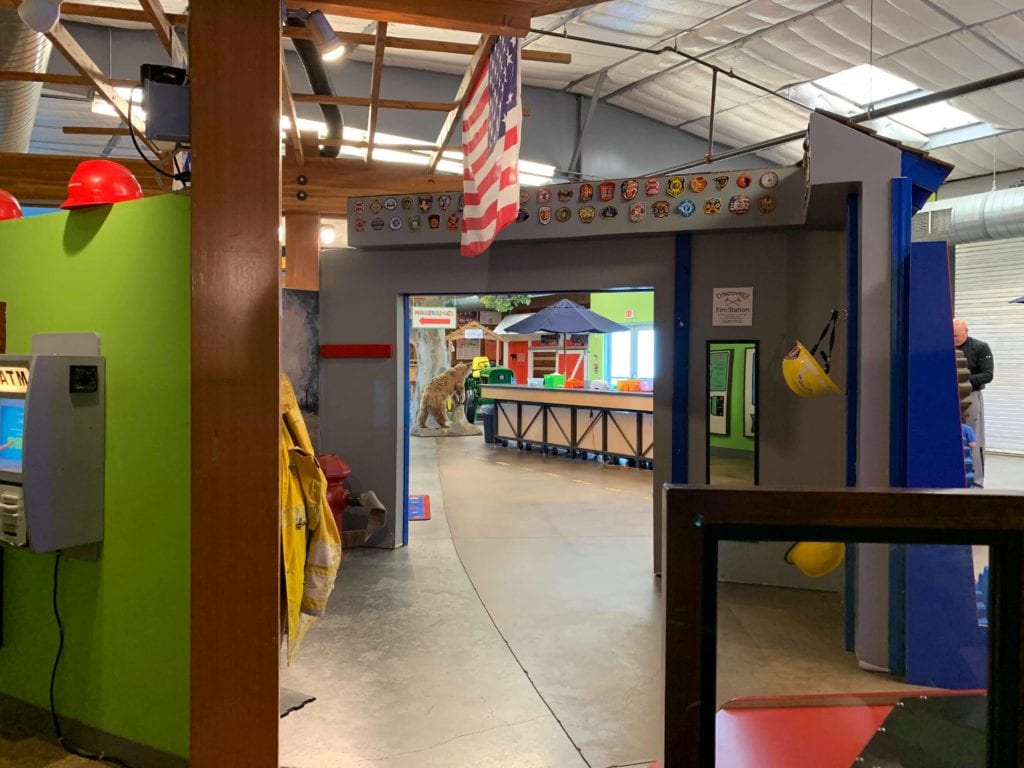 We arrived shortly after it opened at 10am on a Tuesday morning.  We were one of a small handful of families at the center.  The volunteer coordinator who greeted us at the door and took our entry fee ($6/person, 2 and under free) explained the different areas and let us know we could come and go all day if we wanted to leave for lunch or naps.

The first thing I noticed as we made our way inside was a small outside garden and truck play structure with a slide.  There were also some instruments to play.

Once we were in the building, it was very open. You could see most areas at all times, but there were some places not completely visible. 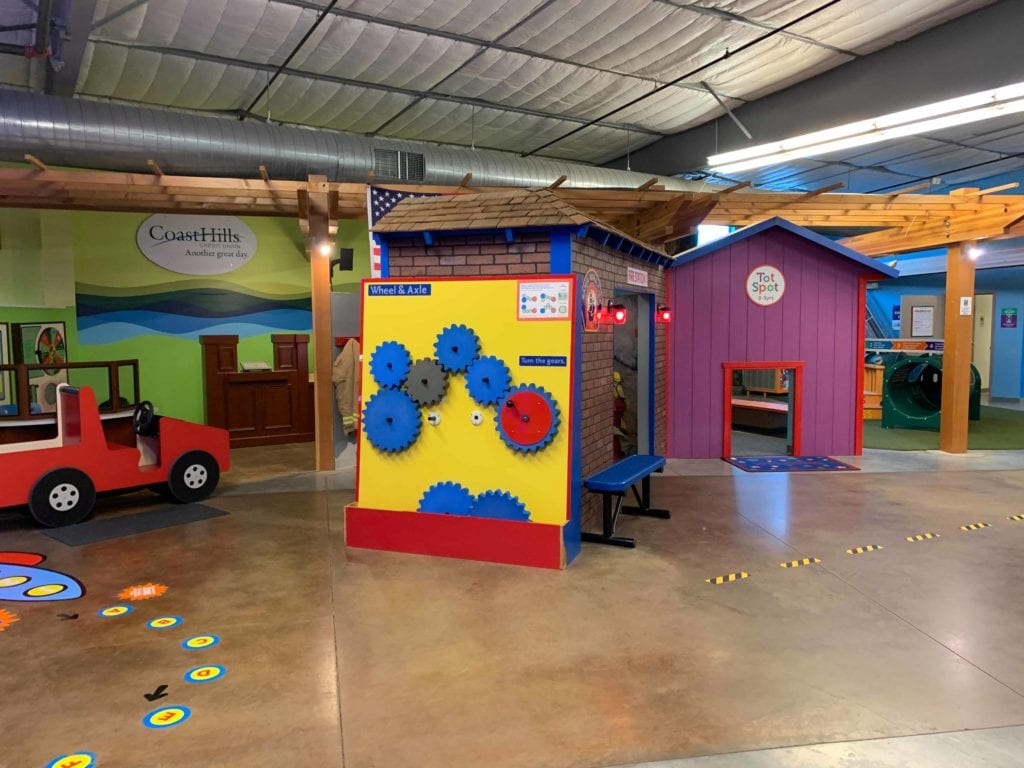 My kids were drawn immediately to the rock wall, which was a part of the space exhibit.

As more families arrived at the museum it never got too loud or overwhelming.  Only a handful of the exhibits made noise. 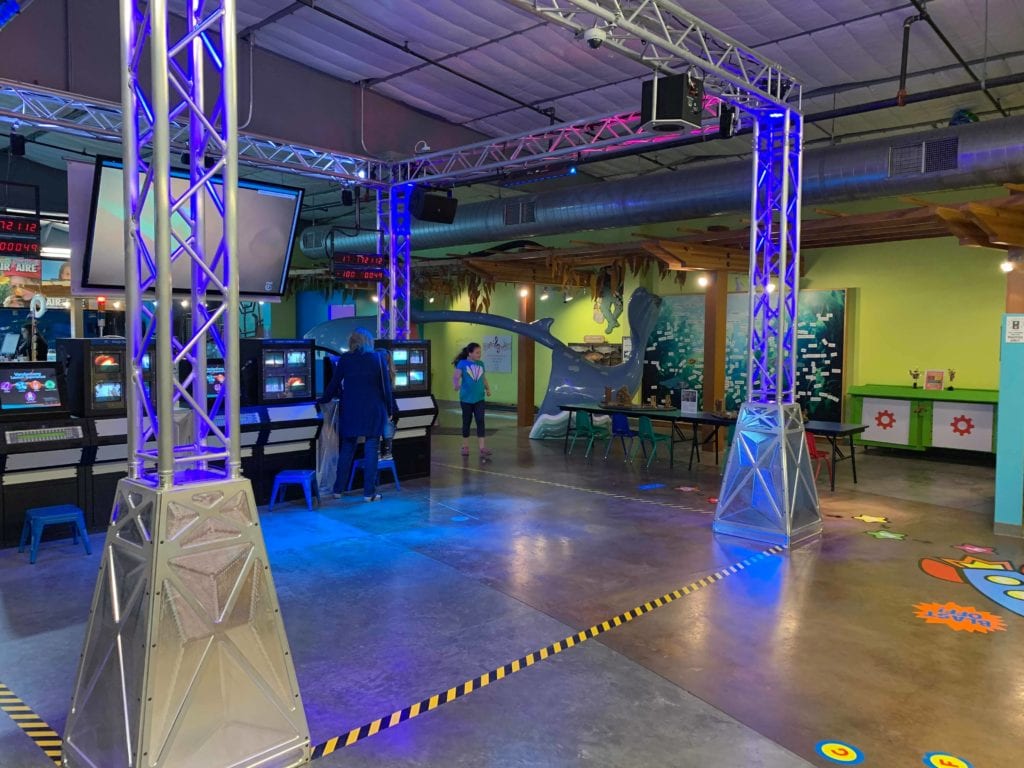 It was also nice to see these signs: 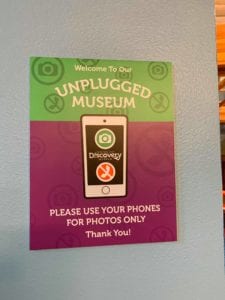 There were plenty of places for imaginative play including a kitchen, farm, bank, fire station, tree-house, and boat. 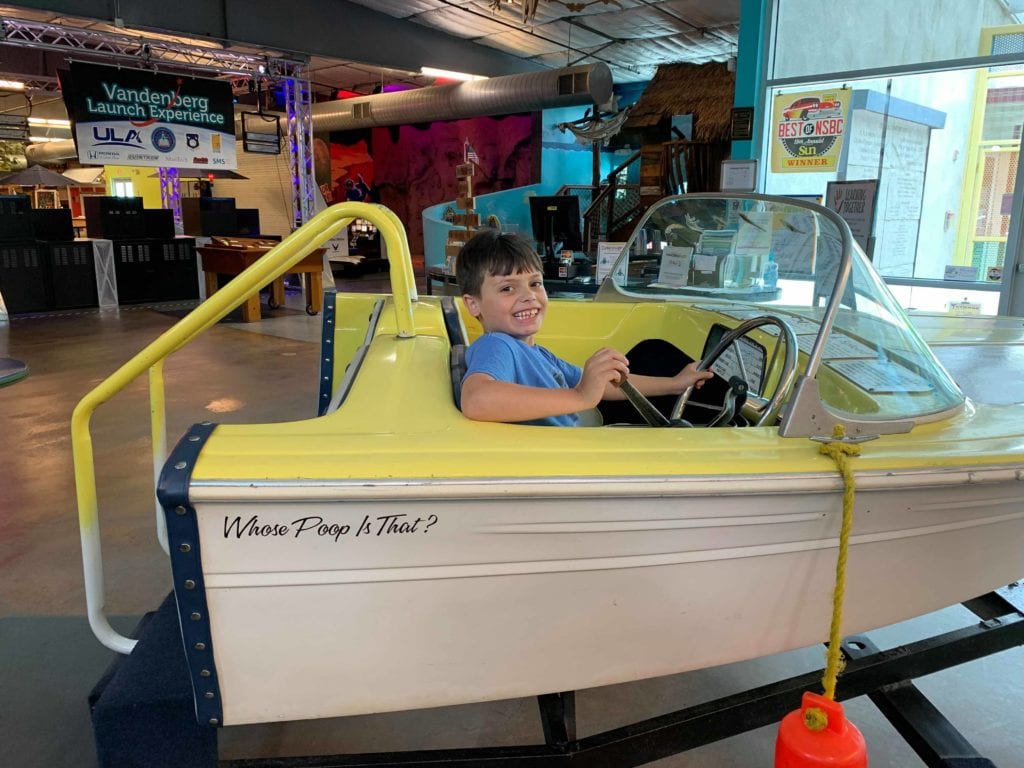 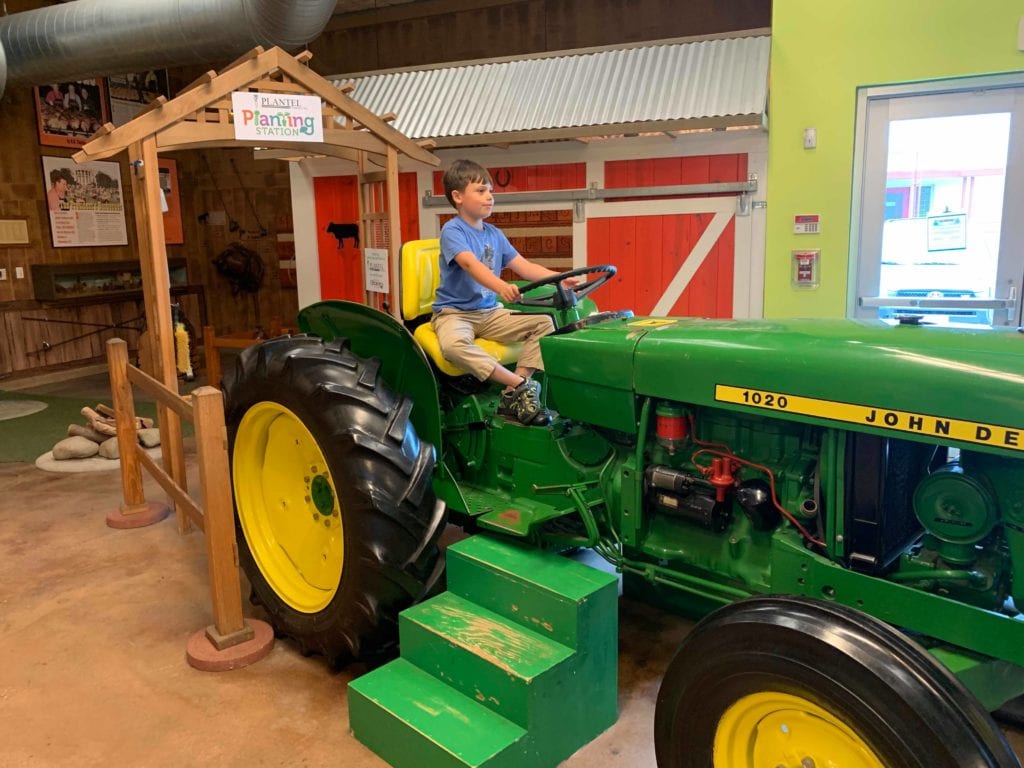 I would say their favorite place, hands-down, was the Maker-Space room. 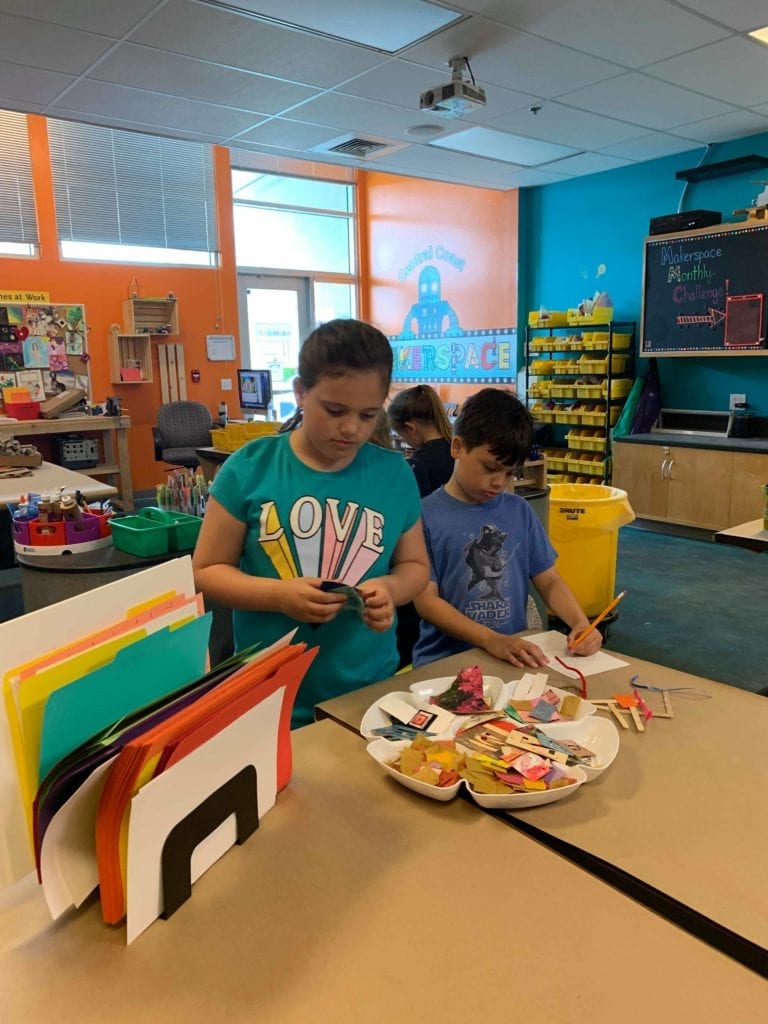 Every type of material was available to create anything you could imagine!  There were some examples around the room, but both kids crafted their own projects from their imagination.  Once they had an idea, they ran with it and kept at it!

What I liked most about this museum is the kids were able to choose what they wanted to do and could understand each exhibit without reading. I was also able to have eyes on both kids, even if they chose different exhibits. I felt very safe and everything was super clean.

My son spent a good 15 minutes with the Catching Air exhibit.  (Which is saying a lot for a  6 year old boy with ADHD!) There are different ways to manipulate the air and you put a yarn ball in the starting position and watch it flow through the tubes.  Depending on how you changed the air flow the ball is returned to you out of different holes.

If you ever find yourself in Santa Maria, California, I highly recommend the Santa Maria Children’s Discovery Museum.