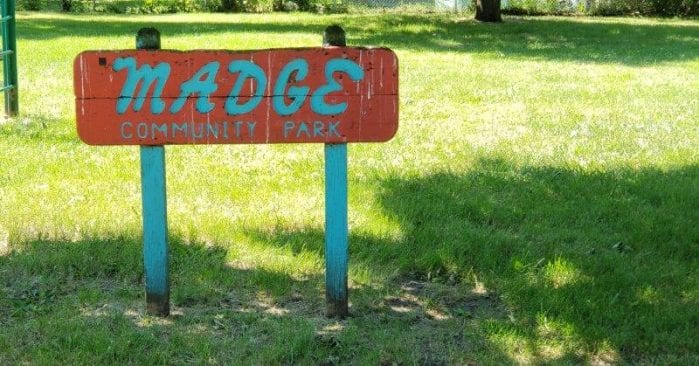 Madge Park is located on Madge Avenue between Hughes Avenue and Russell Avenue, a few blocks east of I-75. The park offers swings, a couple of climbing structures, monkey bars along with plenty of open space to play.

Guests can enjoy either picnic seating under the giant shady trees. There is a drinking fountain at this park, however, I’m not sure it works. A tetherball pole is also present although there is no ball or tether. The play structures are old and outdated with areas of rust and peeling that make the structures dangerous.

The playground is available for use from dawn until dusk.

The use of this playground is FREE.