We’d probably all like to think of ourselves as safe drivers, but the data tells a different story. Traffic deaths on U.S. roads are still incredibly high — and while more than one-third of the nation’s major roads are in mediocre or poor condition, there might be some other surprising reasons why so many fatalities occur on American streets. 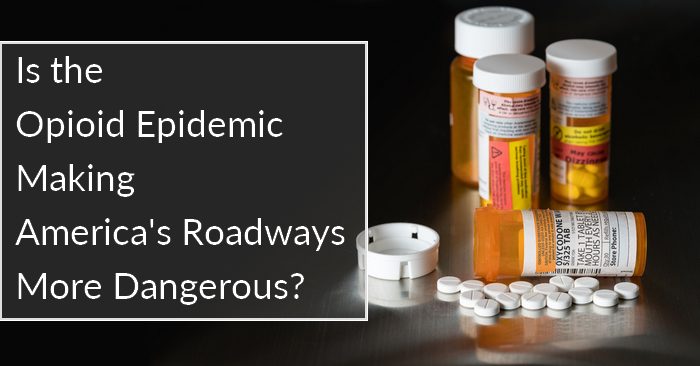 According to the National Safety Council, traffic fatalities across the country have exceeded 40,000 for the third year in a row. Although road deaths did decline by about 1% from 2017 to 2018, that percentage represents only 231 deaths. In addition, the death rates from last year are still 14% higher than those reported just four years ago. In addition, 4.5 million people were hurt in crashes last year.

Certainly, in-car technology like collision warning systems and automatic braking could reduce the rates of fatalities. But experts say that these features aren’t included in the majority of vehicles on the road, which makes it difficult for them to have a widespread impact. And curiously, the usual suspects blamed for driving deaths seem to be less prevalent than in years past. Studies have revealed that distracted driving and drunk driving incidents may be decreasing, while speeding isn’t necessarily as common anymore either. Since research suggests that a mere .62 mile-per-hour decrease in traveling speed can reduce road crashes by 2-3%, that could be welcome news to some.

But there has to be a reason why fatalities are still high — and it’s possible that evolving trends and even more lenient legislature could be to blame. The use of in-vehicle infotainment systems could be partially to blame, but that can’t account for the majority of incidents. Some states that have legalized marijuana use have experienced increases in crashes involving pot (or even a mix of marijuana and alcohol). As it is, 18% of motor vehicle deaths involve drugs other than alcohol.

Still others are convinced that it may be another type of drug entirely that could be the cause. A recently published study revealed that drivers who are taking prescribed opioids are twice as likely to be involved in deadly, two-vehicle crashes than drivers who are not taking those drugs. In an analysis of pairs of drivers involved in two-car accidents between 1993 and 2016, researchers discovered that 54.7% of the deceased drivers who tested positive for opioids were unable to stay in their driving lane and crashed as a result. Prior research has found that opioids can cause dizziness, drowsiness, or even sedation — which means drivers are less alert, have slower reaction times, and will likely be at higher risk for accidents on roadways.

Although drivers who tested positively for an opioid in the study could not conclusively be classified as being impaired at the time of the incident, the results are worrying when you consider the fact that the U.S. is still very much in the midst of an opioid crisis. The CDC acknowledges that the rate of opioids prescribed per every 100 people decreased from 72.4% to 66.5% between 2006 and 2016, there are still 214 million opioid prescriptions written every year across the nation.

Interestingly, the National Safety Council has also published a report noting that Americans are now more likely to die of an opioid overdose than they are to die in a car crash, as opioid overdoses are now the fifth leading cause of death. It stands to reason that if you take an opiate and get into a car, your chances of making it out alive are even smaller.

Researchers say that education is key to reducing the prevalence of opioid-related crashes, but other experts might point out that more drastic action may need to be taken. Curbing the opioid crisis will come down to far more than awareness. The legalities of driving while high aren’t in dispute, but the country’s over-reliance on opioid medications and the stigma surrounding addiction will likely need to undergo major changes if Americans expect to turn the epidemic around.