Keeping kids
safe is no longer as easy as telling them to look both ways when they cross the
road. The majority of children have cell phones starting around the age of ten,
and accidents caused by distracted walking are increasing at an alarming rate. 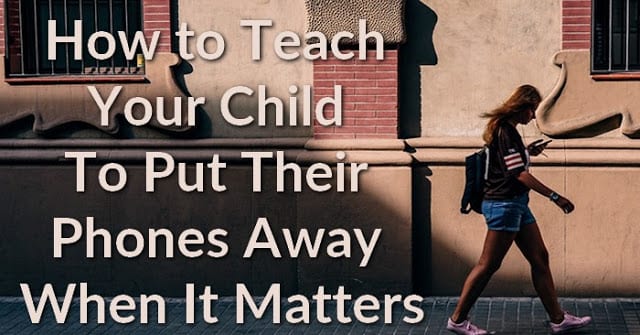 Videos that show people walking into
trees or falling into fountains
because they are focused on their cell phone screen may look funny, but the
truth is that serious injuries and even fatalities involving children and
teenagers are sometimes caused by distracted walking. Teenagers have the added
danger of distracted driving. How can parents teach children to put their
phones away when it matters?
Remind Children to Be Aware of Their
Surroundings
The use of cell phones while walking distracts people, not
just children, from being fully aware of their surroundings. No one would
willingly walk into traffic with a blindfold on or with earplugs in to
deliberately not hear what’s going on. When a person’s eyes are on the screen
and their ears are occupied by blasting music, that person isn’t likely to
notice dangerous situations around them.
Dangerous situations go beyond just walking into the middle
of traffic. Falling off of curbs and down stairs can also be the result of a
walker’s inattention to what’s in front of them. Failing to be aware of what’s
going on around you makes you an easy target for pickpockets or other
criminals.
Basic Safety Rules
Talk to your children about the basic rules of safety while
walking. This includes looking both ways when crossing the street and using crosswalks
whenever possible. When a driver approaches, make eye contact with the driver
to be sure that driver is aware that there is someone trying to cross the road.
Stay on sidewalks whenever possible while walking down the road.
Technology should be put away when walking or driving. This
message needs to be reinforced frequently. Let your children know they will
lose the privilege of having a cell phone if they fail to follow this rule.
This includes not just texting, but also talking on the phone, which has been
found to be a frequent cause of pedestrian accidents.
Set Limits for Cell
Phone Use
Constantly being on a cell phone texting, talking and
playing video games can encourage a child to get in the habit of trying to
escape from other experiences of day-to-day life. Part of a child’s day needs
to include active experiences such as running, biking, and playing outdoors.
Parents should consider setting limits on the use of cell
phones, such as not using them in school or at the dinner table. Set an example
for your kids by not using your cell phone while driving or walking, because if
you are telling them not to walk and talk on their phones but are doing it
yourself, they are learning from your behavior.
The Teenage Years
As your child gets older and begins to drive a car, they
will continue to need reminders that distracted driving can be deadly. In 2010,
a young Michigan girl named Kelsey Raffaele was killed in a driving accident in
Sault Ste. Marie because she was using her cell phone. Kelsey went to pass a
vehicle in front of her and failed to notice an oncoming car in the next lane
because she was talking on her phone. Kelsey’s mom has worked with Michigan
legislatures to create Kelsey’s Law, which bans teens from using their cell phones
while driving. The Kelsey’s Law scholarship
has also been established in her honor. Michigan high school students are
encouraged to come up with unique messages to convince young drivers to reduce
distractions.

Car accidents are the top killer of teens, and
this is frequently because of the distractions of technology. A split-second decision
to reach for a phone to answer a call or read a text can be fatal. Whether your
child is walking or driving, technology can wait until it’s safe to focus on it.

Guest writers help support and fund Metro Detroit Mommy. Thank you for taking the time to read this article.

Metro Detroit Mommy has received compensation in exchange for this promotional article.