Home / How To Keep Baby Cool in the Car

How To Keep Baby Cool in the Car

Ah, summer in Michigan.  I, for one, welcome the sounds and sensations of summer… kids screeching as they run through sprinklers, bare legs peeling off of leather seats, the instant regret you feel after stepping outside on a 97 degree day.

But!  Step outside we must.  In order to get to the beach we must endure the trip there, and once you’ve got everyone wrangled into the vehicle the next step is keeping everyone happy until you’ve arrived at your destination.

On incredibly hot days like those there’s always the concern of keeping your kids comfortably cool in the car.  Some ideas are superb, some… not so much.  I’ll list a few that are on the safer end of the spectrum: 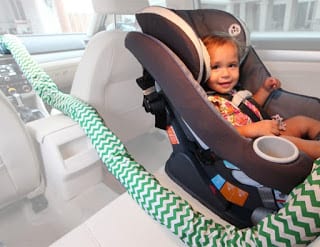 The Noggle is a contraption that is brilliant in its simplicity.  Is the 3rd row of your van sweltering hot in the mid afternoon?  Get a Noggle and simply funnel the cold air from the front vents into the back.  Voila!  It works, too!  I got one last year for my van to help keep my son cool in his rearfacing seat in the 3rd row.  It is lightweight, secures simply and easily to both the front dash and to any designated spot in your back seat, works just as well in the winter with heat, and easy to remove when not in use.  I bought mine at Modern Natural Baby in Ferndale.

Yup.  A white towel.  When my daughter was younger (before the Noggle was invented) I read on the internet that draping a white towel over the empty seat will help keep it cool.  I tested it out and yep, it worked!  There’s some science to the fact that you should use a light/white colored towel due to the sun’s rays not being absorbed as quickly with lighter fabrics, but I also found that it helped trap some of the cool air from the a/c inside the seat.  It also helped keep the metal buckles from getting too hot so I wouldn’t burn myself or my daughter when buckling her in. 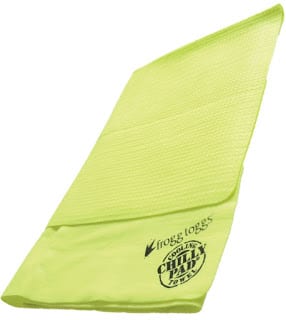 Frogg Toggs are blankets (and hats, and towels, and bandanas) made from a hyper-evaporative material that retains water while remaining dry to the touch.  Simply wet them and drape them over your child or the car seat when it’s not in use and they will work their magic.  Do NOT put your child in the car seat over one of these, as it could compromise the safety of your child, but these are great for taking everywhere so you might want to grab a few if these appeal to you.

4) Windows Down and Air Vents Up

If you have a/c, point the vents at the ceiling and open the back windows just a crack if possible.  It will create a suction and keep the air flowing. 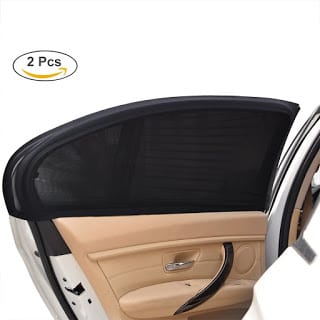 If you have a sedan but don’t have a/c (or don’t like using it) and can’t keep windows open due to losing shoes or toys out the open window, try a mesh window covering.  It slips right over the opened door frame and allows the window to be open as much as possible while acting as both a sunshade and a deterrent from stuff flying out onto I-75.

Something that I definitely would NOT recommend is a giant squirt bottle of water.  I’ve seen some attached to mini fans, and while those are perfect for grandma and her hot flashes, they shouldn’t be used in the car due to the potential for them to become projectiles in a crash.  I’ve also heard of parents simply attaching portable fans to their car seats and I would discourage that for the same reason: projectiles.

Last but not least, never ever leave the harness straps too loose.  It won’t help keep them cool but it will endanger them and that’s the last thing we want on the way to the beach, right? 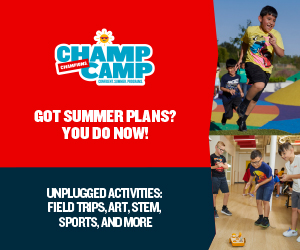