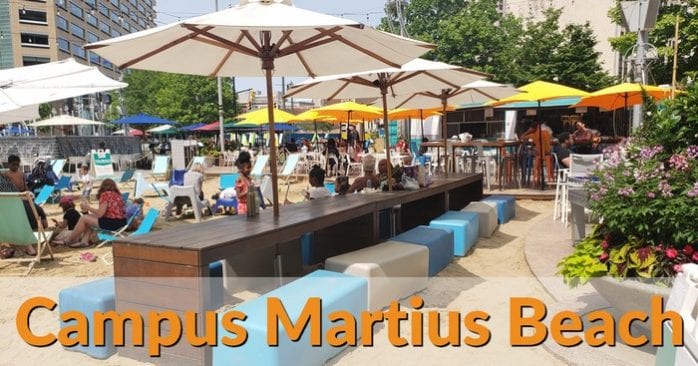 Presented by Capital One Café and supported by Faygo, FREE outdoor movie series

WHAT:           The Downtown Detroit Partnership (DDP) officially brings back Movie Nights in the D, a free outdoor movie series featuring beloved films on the big screen at Campus Martius Park every Thursday through August. Families and friends are welcome to bring a chair or blanket to spread out on the lawn for a relaxing, entertaining summer evening under the stars in the award-winning downtown Detroit park. They also can purchase popcorn from Nikki’s Unique Treats, as well as cocktails from Parc and pop from Faygo.

The season kicks off this Thursday with a showing of “Jurassic Park,” the 1993 American science fiction action film directed by Steven Spielberg. Moviegoers are encouraged to arrive early for goodies and free giveaways and a sneak peek at the trailer for the new “Jurassic World Domination” movie hitting theaters Friday. Two lucky fans will receive a VIP movie swag bag courtesy of DDP, NBC Universal and Capital One Café.