Fun Fact! Did you know in order to start spelling words, a child only needs to be able to identify about 10 letters?  It seems like they should know all the letters in the alphabet before spelling, right? However, an early emergent reader will learn how to use the few letters they know before they can identify ALL letters in the alphabet.

Once a child recognizes familiar letters, like those in their own name, think about how you might challenge them to try sounding out words that are not as familiar.   If you are looking for ideas, then take a look at these items from HighScope’s Child Observation Record assessment tool to see what this progress might look like for your preschooler.

Child identifies 10 or more letters. The child can identify 10 or more uppercase and/or lowercase letters, often including a mixture of consonants and vowels. However, the particular letters depend on the child’s name and the words he or she commonly sees in print.

• At work time in the book area, while working on the alphabet-train puzzle, Royce used the picture of the train on the box to help him put the pieces in the right order. He correctly identified A, B, C, D, E, M, O, R, S, Y, and Z.
• In order to help your child develop this task, point out letters as you see them. Point out letters on road signs, on cereal boxes, on their toys, as well as on their clothing. Reading ABC books, like “A is for Apple” by Tiger Tales will also help your child identify their letters.

Child uses invented spelling to sound out new words without adult prompting. The child uses a knowledge of letter sounds to spell words that he or she does not know how to spell. (This may include writing the letters, typing them on a keyboard, choosing letters from a pile, or saying them.) To be scored at this level, the spelling does not have to be correct but should generally include the word’s main consonants or consonants with a similar sound (for example, DK for dog), which can be in uppercase and/or lowercase letters.

• Anna picked out the magnet letters I, L, F, and U and put them on the metal board. Then she said, “It says, ‘I love you.’”
• Drew wrote “PA KR” and said that he played cars with Justin and LaVon.
• In order to help your child develop this task, be sure to provide toys, manipulatives, or even pieces paper that have the alphabet on them. Let the child spell how they choose, then ask them to read it to you.

Child identifies all letters. The child knows all 26 letters of the (English) alphabet, including uppercase and/or lowercase letters.

• At center time, Isa said to Mrs. Smith, “I’m trying to write the word fantastic. I have F, A, N, and T. What else do I need?” As Mrs. Smith said the rest of the letters, Isa wrote each one down.
• At outside time, Carl pointed to the letters on the playground sign instructing adults to “Please Close the Gate.” He identified the uppercase letters P, C, and G, and the lowercase letters l, a, o, and t.

What can you do to help a child’s letter learning? First and foremost, read aloud with them! Read the signs as you travel on the local bus route, read the labels from the foods you eat, and read books over and over again pointing out letters your child knows in the text. For more activities for young children, check out the resources from HighScope at Home. 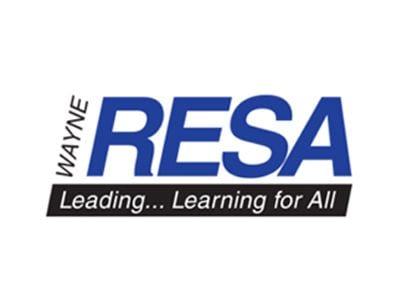 Great Start Readiness Program is a Michigan state-funded preschool program for four-year-old children with factors which may place them at risk of educational failure. The program is administered by the Michigan Department of Education, Office of Great Start. Funding is allocated to Wayne RESA to administer the program locally.
These blogs were developed and funded under a grant awarded by the Michigan Department of Education.