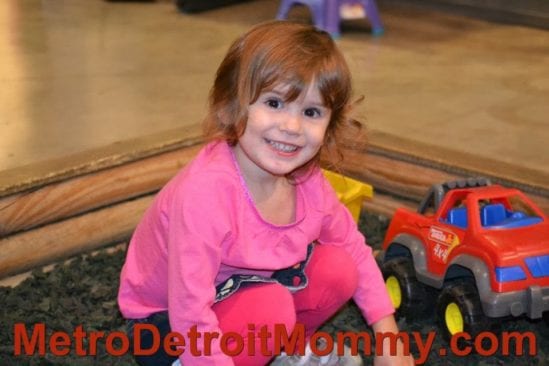 The Detroit Children’s Museum is currently closed to the public!!

Rosa and I had some errands to do in Downtown Detroit, so I figured I would stop by the Detroit Children’s Museum while were were in the area.  The museum is located a few blocks north of the Campus of Wayne State University on Second Street, south of West Grand Boulevard.  Parking was easy since they have their own lot which is free. 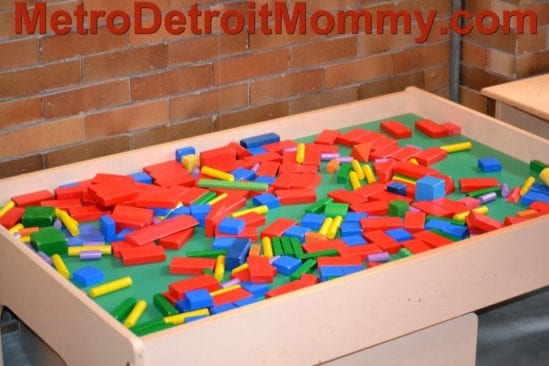 The Detroit Children’s Museum is currently closed to the public!!
Current admission prices are $5 for each adult and $3 for each child.  Children under the age of two are free.  So $8 total for Rosa and I.  Yearly memberships are available for $70/year and include full reciprocity with Cranbrook, Cosi, The Detroit Science Center (which is currently closed until further notice) and many other science centers nation wide.

There were a ton of things for Rosa to do while we visited.  Books, toy animals, real animals to watch, blocks, basketballs, doll houses, car ramp, grocery store, dress up and so much more.  We could have stayed for hours. 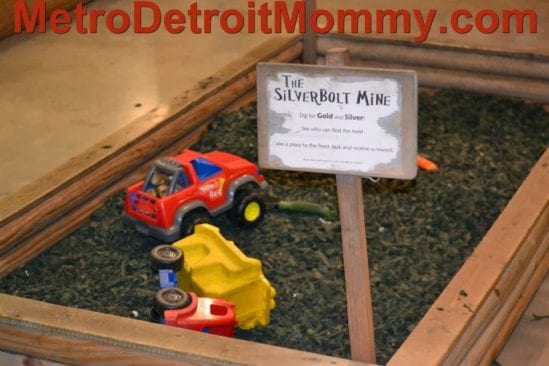 We attended the planetarium show, which was about 20 minutes in length and very informative.  The docent told very corny jokes, but was very entertaining and moved at a good pace.  Rosa was way too young to appreciate the show, but she sat through it with just a little bit of resistance. 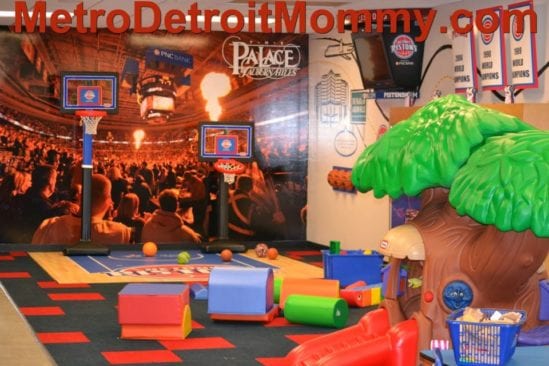 All of the employees were super friendly, especially Kemela, who greeted us at the front desk and answered a ton of questions.  The Museum was clean, but did show some wear in some places.  Overall a great place to take the kids to play and sneak in some learning while you are there.