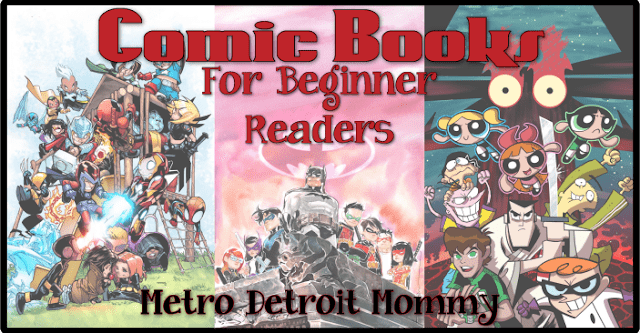 If you think it is odd that I would suggest comic books as the perfect books for beginner readers, don’t. In my experience, they can get a child to read more and can actually get them excited to read. There are some really great ones out there that are fabulous for young minds.

Comics have one major attractive element that books don’t – quick action and fabulous pictures all within a short amount of time. They are perfect for their short attention span and they get to look forward to going to the comic book store every month for a new adventure.

Think of it this way, how many beginner readers do you know who are reading chapter books? Not many, right? They don’t make books for new readers that have multiple storylines or adventures the characters can go on. When a child finishes a book, the story is done and there’s nothing more to look forward to. Now hand them a comic book and not only do they get to see the characters come alive on the page, but once they finish the story, there’s another one waiting for them. 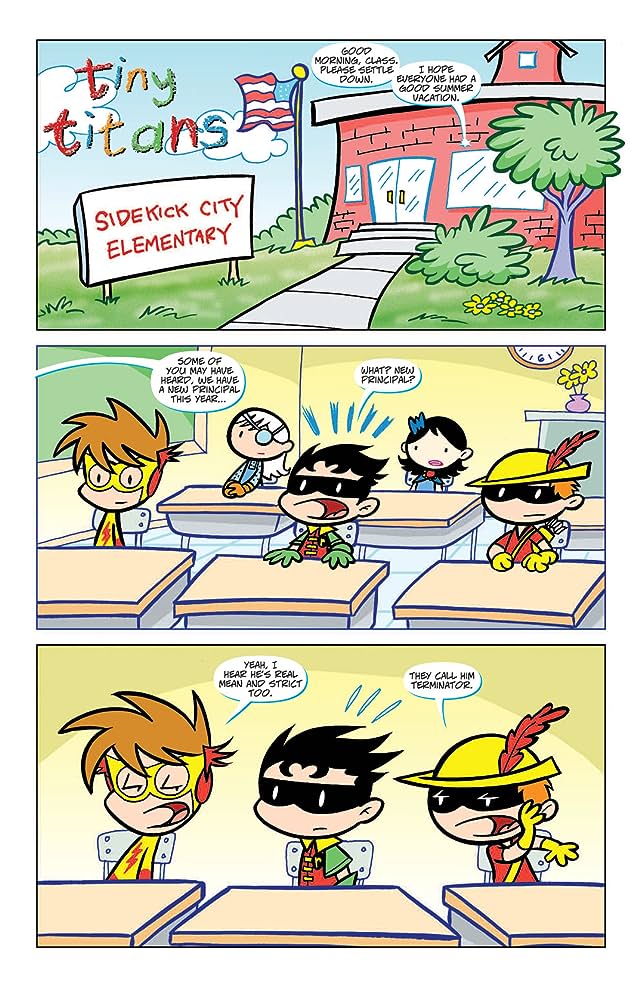 In my honest opinion, comic books are an excellent place to start a child reading. Yes, I’m aware some of them are not suitable – I would HIGHLY recommend NOT showing them the Detective series (aka Batman) – but if your little reader loves Batman, instead show them Batman: Li’l Gotham.

If you’re not a comic book reader, then the most obvious place to start is with the superheroes. My son loves him some superheroes, specifically all the members of the Justice League. Since he loves the DC crowd so much, and after talking with our fabulous comic book guy (Chris at Comics & More in Madison Heights), we introduced him to Franco and Art Baltazar’s Superman Family Adventures and Tiny Titans: Welcome to the Treehouse. These are fabulous if you’re looking to introduce your child to comics early. They are drawn in childlike fashion, feature their favorite heroes as children, and puts them through trials that most children may encounter. If your young reader is more of a Marvel fan, then Giant-Size Little Marvels: AVX would be a place to start.

If your reader is not a huge superhero fan, have no fears, they don’t have to be in order to enjoy a comic. There are plenty of comics and graphic novels featuring some fantastic characters. 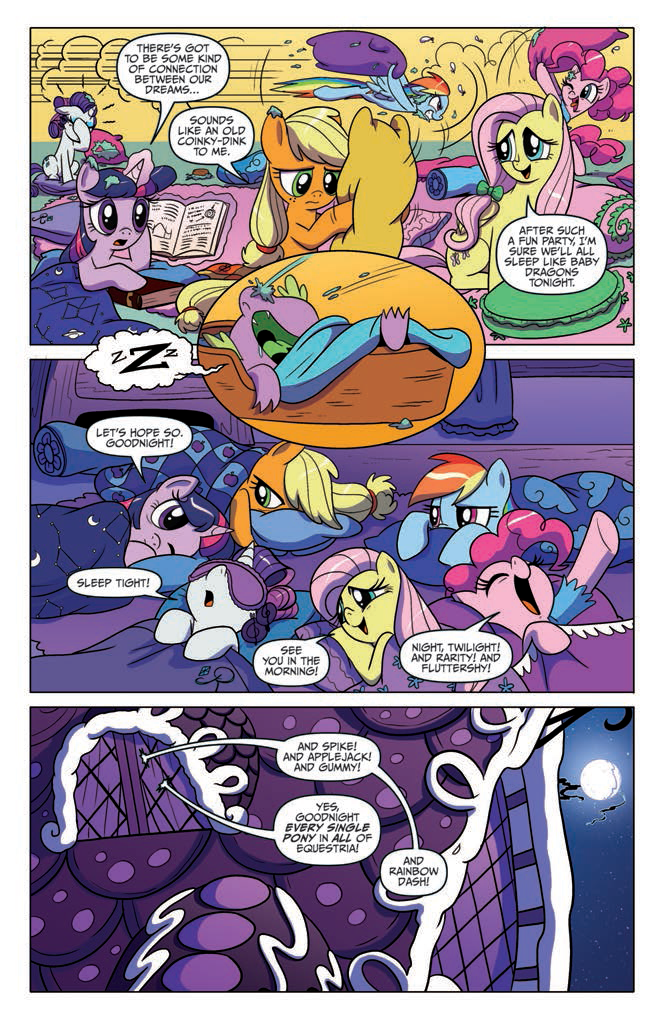 Does your child love watching Saturday morning cartoons? Then look no further. Cartoon Network has a fabulous lineup of comics featuring many of their cartoons – Ben 10 Omniverse, Adventure Time, Avatar: The Last Airbender, Powerpuff Girls, Dexter’s Laboratory and more. Plus there’s even a mash up of all their original characters featured in Super Secret Crisis War!. Quite a few of your reader’s favorite shows can easily be found in graphic form – Star Wars: Original Trilogy, My Little Pony: Friendship is Magic, and Transformers: Robots In Disguise are just a few of the ones out there. Even Lego is getting their own comics with LEGO City: Space Escape, Legends of Chima: The Legend Begins, and LEGO Friends (just to name a few).

Comics can also be a good way to get your child to turn off the television and read, especially if they’re flipping open a graphic novel that stars their favorite cartoon characters. Don’t be afraid to introduce your child to this wonderful medium of reading. If you’re unsure where to start, find a comic book store and talk with whoever is there. Most anyone who works behind the counter will be able to lead you, and your child, to the best possible of places to start.

The best time to find your local comic book store is right now too. Saturday, May 7th, is Free Comic Book Day and many local shops will be offering a variety of comics for free – for young and adult audiences. If you’re not sure where to find your closest comic store, you can use the FCBD’s Store Locator.