Brought to you by: Vive Health

Science has shown the potentially catastrophic effects of stress on humans, and new scientific research is beginning to show us how to counteract those effects. Research has proven that stress manifests itself in the body and mind in tangible and debilitating ways. Anyone who has ever had a stomach ache right before an exam, or a tension headache before an important conference call, or a sleepless night before a job review can speak to the devastating effects of stress on health and performance. 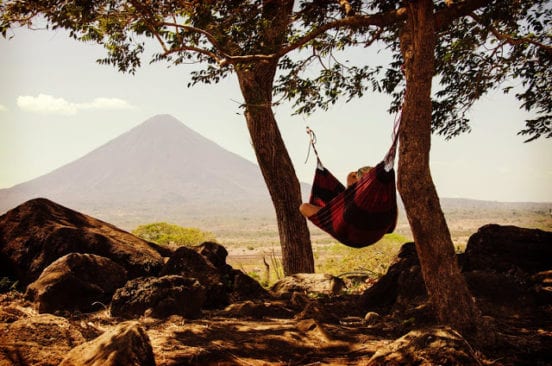 There are studies that show that long-term stress can contribute to hypertension, heart disease, auto-immune disorders, sleep disorders and a host of mental issues including depression, anxiety, anger, and irritability. According to the American Institute of Stress, 73 percent of Americans experience debilitating mental health issues due to stress and 77 percent experience physical symptoms and conditions that are caused by stress. But what’s the answer? Given that life seems to get more and more stressful, are there ways to manage one’s stress in healthy and productive ways?

Treatments for stress generally fall into two categories: cognitive behavioral therapy (CBT) and medical intervention, usually involving prescription pharmaceuticals such as antidepressants. While a combination of these two remedies is sometimes indicated, depending on the severity of distress and the level of impact on daily life, research has shown that CBT is often enough to help moderate stress and anxiety. Here are five different behaviors that have been scientifically proven to combat stress.
Exercise: We’ve all heard that exercise is effective in releasing endorphins, the hormones that activate the brain’s opiate receptors. In addition to endorphins, a recent study from the University of Maryland School of Public Health found exercise can help you better manage stressful situations both right after you work out and in daily life. Exercising allows you to lower your stress level while you are exercising and the effects are long-lasting.
Yoga: The ancient practice of yoga has been shown in numerous studies to have a positive effect on stress levels. Recent studies have looked at the introduction of yoga to people in stressful situations, such as combat troops stationed overseas, and found that, while the physical poses themselves were helpful, there were exponentially more benefits when the poses were combined with breathwork and/or meditation. Additionally, in a pilot program at Walter Reed Medical Center, Yoga Nidra, the deep relaxation yogic technique, lessened the severity of Post Traumatic Stress Disorder symptoms, among them depression, fear, and insomnia. It should be noted that doing yoga poses alone was as helpful as other forms of exercise, but when combined with breathwork, more than 54% of participants reported fewer sleep disturbances.
Massage: Psychologists have long known that touch promotes healing and connection, and now there is empirical data supporting that. Massage therapy has been found to improve sleep, mood swings, improve body image and promote relaxation in recent studies and another study found massage therapy led to lowered levels of cortisol (a hormone contributing to stress). If you can’t get to a massage therapist, trying rolling over a massage ball.  Best practices and tips for using a massage ball include: Rolling over knots and trigger points but NOT joints, and using a ball on the soles of your feet for a release felt up through the hip flexors.
Breathing Exercises: Specific types of breathwork have been shown to stimulate the vagus nerve –Mission Control of your inner nerve center, the parasympathetic nervous system. It oversees a large variety of critical functions, communicating nerve impulses to every organ in your body. Breathing exercises that emphasize diaphragmatic breathing have been shown to be incredibly helpful at stimulating the vagus nerve and lowering stress levels in the body. Best of all, breathing exercises are subtle and can be done anywhere. Simply breath in for a slow count of four and out for an equally slow count of four. Do five rounds of this breathing to calm yourself before any stressful situation.
Nature: Last, but definitely not least, getting out into nature has been shown to lower the body’s stress response. It’s something humans seem to know instinctively, according to one study cited in the book Healing Gardens, which found that more than two-thirds of respondents chose to calm and re-center themselves in a natural setting in times of stress. Participants who initially expressed feeling stressed and anxious reported feeling more balanced and relaxed after spending time outdoors. Further studies have shown that getting outside for as little as 20 minutes per day can lower the levels of cortisol in your body.